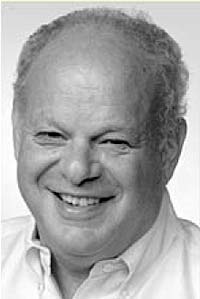 Dr. Seligman is a best-selling author, having written 25 books which have been translated into more than 35 languages. His best-sellers include Learned Optimism (Knopf, 1991), The Optimistic Child (Houghton Mifflin, 1995), and Authentic Happiness (Free Press, 2002). His latest is Flourish (Free Press, 2011). He is the recipient of three Distinguished Scientific Contribution awards from the American Psychological Association, the Laurel Award of the American Association for Applied Psychology and Prevention, and the Lifetime Achievement Award of the Society for Research in Psychopathology. Dr. Seligman received both American Psychological Society’s Williams James Fellow Award (for contribution to basic science) and the James McKeen Cattell Fellow Award (for the application of psychological knowledge). He received the inaugural Wiley Psychology Lifetime Award of the British Academy for lifetime contributions to Psychology in 2009. He holds four honorary doctorates, including the University of Uppsala, Sweden, and Complutense University, Spain. 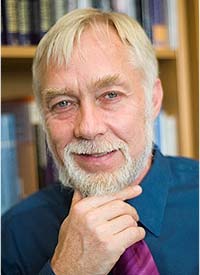 Roy F. Baumeister is currently the Eppes Eminent Scholar and Professor of Psychology at Florida State University. He received his Ph.D. in social psychology from Princeton in 1978 and did a postdoctoral fellowship in sociology at the University of California at Berkeley. He spent over two decades at Case Western Reserve University. He has also worked at the University of Texas, the University of Virginia, the Max-Planck-Institute, the VU Free University of Amsterdam, the University of California at Santa Barbara, and Stanford’s Center for Advanced Study in the Behavioral Sciences. Baumeister’s research spans multiple topics, including self and identity, self-regulation, interpersonal rejection and the need to belong, sexuality and gender, aggression, self-esteem, meaning, and self-presentation. He has received research grants from the National Institutes of Health and from the Templeton Foundation. He has over 500 publications, and his 31 books include Evil: Inside Human Violence and Cruelty, The Cultural Animal, Meanings of Life, and the New York Times bestseller Willpower: Rediscovering the Greatest Human Strength. The Institute for Scientific Information lists him among the handful of most cited (most influential) psychologists in the world. He has received lifetime achievement awards from the Society for Personality and Social Psychology, from the International Society for Self and Identity, and most recently the Association for Psychological Science’s highest honor, the William James Award. 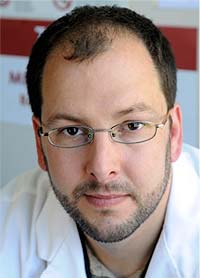 Randy Buckner is Professor of Psychology and of Neuroscience at Harvard University and affiliated with the Center for Brain Science.  He is also Professor at the Harvard Medical School and the Director for Psychiatric Neuroimaging Research at the Massachusetts General Hospital. He received his Ph.D. degree in neuroscience from Washington University, under the direction of Steven Petersen and Marcus Raichle.  He trained with Bruce Rosen as a postdoctoral fellow and then Instructor of Radiology at Harvard Medical School, where he pioneered new functional MRI methods to study human memory. Over the past decade his work has expanded to include studies of Alzheimer's disease and neuropsychiatric illness with a focus on developing biomarkers for disease detection and progression.  This work has led to a description of the brain’s default network and how it is targeted early in the progression of Alzheimer's disease. Professor Buckner’s awards include the Wiley Young Investigator Award from the Organization of Human Brain Mapping, the Young Investigator Award from the Cognitive Neuroscience Society, the 2007 Troland Research Award from the National Academy of Sciences, and the 2010 Award for Medical Research in Alzheimer's Disease from the MetLife Foundation. He is a fellow of the American Academy of Arts and Sciences. 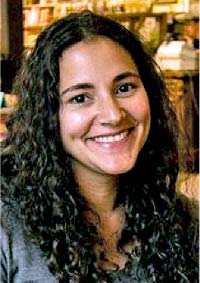 Laurie Santos is Associate Professor of Psychology at Yale University and the director of Yale University’s Comparative Cognition Laboratory. Laurie received her B.A. in Psychology and Biology from Harvard University in 1997 and her PhD in Psychology from Harvard in 2003. Her research explores the evolutionary origins of human cognition by studying the cognitive capacities present in nonhuman primates. She has investigated a number of topics in comparative cognition, including primates, understanding of objects and physics, how primates reason about others’ minds, the evolutionary origins of irrational decision-making, and the evolution of prosocial behavior. Laurie’s scientific research has been featured in The New York Times, The Los Angeles

Times, The Economist, Forbes, The New Yorker, New Scientist, Smithsonian, and Discover. She has also won numerous awards, both for her scientific achievements and for her teaching and mentorship. She is the recipient of Harvard University’s George W. Goethals Award for Teaching Excellence, Yale University’s Arthur Greer Memorial Prize for Outstanding Junior Faculty, and the Stanton Prize from the Society for Philosophy and Psychology for outstanding contributions to interdisciplinary research. She was recently voted one of Popular Science Magazine’s “Brilliant 10” Young Minds. 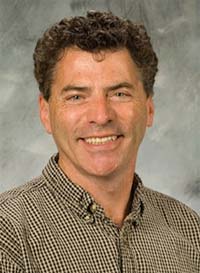 Jonathan Schooler is a Professor of Psychology at the University of California at Santa Barbara. He received his Ph.D. from the University of Washington in 1987 and then joined the psychology faculty of the University of Pittsburgh.  He moved to the University of British Columbia in 2004 as a Canada Research Chair in Social Cognitive Science and joined the faculty at UCSB in 2007.  He pursues research on consciousness, memory, the relationship between language and thought, problem-solving, and creativity. He is particularly interested in phenomena at the intersection of psychology and philosophy such as how fluctuations in people’s awareness of their experience mediate mind-wandering and how exposing individuals to philosophical positions alters their behavior.   He is an author on over 150 scholarly publications and his research has been supported by a host of organizations including the National Institute of Mental Health, the Unilever Corporation, the Social Sciences and Humanities Research Council of Canada, the National Science and Engineering Research Council of Canada, the Canadian Institute of Health Research, the Bial Foundation, the James Bower Foundation, the U.S. Department of Education Institute of Educational Science,  the John Templeton Foundation and the Fetzer Franklin Trust.  He is or has served on the editorial boards of Memory and Cognition, Applied Cognitive Psychology, Consciousness and Cognition, Psychological Science, Social Cognitive and Affective Neuroscience, Encyclopedia of Consciousness, and the Journal of Imagination, Cognition and Personality. His work is frequently featured in major media outlets such as the New Yorker, the New York Times, Scientific American, and Discover magazine among others.  He is a fellow of the Association for Psychological Science and co-editor of Scientific Approaches to Consciousness, which was published in 1997 by Lawrence Erlbaum 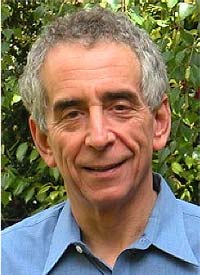 Barry Schwartz is a professor of psychology at Swarthmore College, in Pennsylvania.  He has been there since receiving his PhD from the University of Pennsylvania in 1971.  Schwartz has written ten books and more than 100 articles for professional journals. In 2004, Schwartz published The Paradox of Choice: Why More Is Less. It was named one of the top business books of the year by both Business Week and Forbes Magazine, and has been translated into twenty-five languages. Schwartz has published articles in sources as diverse as The New York Times, The New York Times Magazine, the Chronicle of Higher Education, Parade Magazine, USA Today, Advertising Age, Slate, Scientific American, The New Republic, Newsday, the AARP Bulletin, the Harvard Business Review, and the Guardian.  He has appeared on dozens of radio shows, including NPR’s Morning Edition, and Talk of the Nation, and has been interviewed on Anderson Cooper 360 (CNN), the Lehrer News Hour (PBS), The Colbert Report, and CBS Sunday Morning.  He has lectured the British and the Dutch governments, as well as trade organizations and businesses representing industries as diverse as healthcare, personal finance, travel and leisure, restaurants, supermarkets, consumer electronics, office supplies, software development, e-commerce, advertising, arts and entertainment, cable television, home building, and the military.  He has spoken at TED three times. Schwartz’s most recent book, written with colleague Ken Sharpe, is Practical Wisdom: The Right Way to Do the Right Thing. 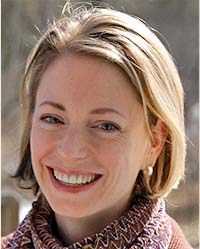 Thalia Wheatley is an associate professor of Psychological and Brain Sciences at Dartmouth College.

Dr. Wheatley completed her doctoral training in social psychology with Timothy Wilson and Daniel Wegner at the University of Virginia.  After graduating, she received neuroimaging training as a postdoctoral NIH research fellow with Alex Martin, Ph.D. in the Laboratory of Brain and Cognition directed by Leslie Ungerleider.

She has more than a decade of experience conducting functional imaging studies and has published several behavioral and neuroimaging studies on animacy, agency, emotion and social networks.  Her research investigates how the human brain repurposes basic computations to support social intelligence. 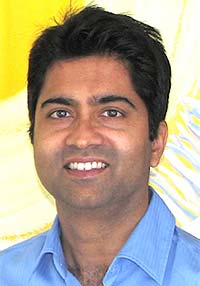 Chandra Sripada is an advisor to the Science of Prospection Awards Steering Committee. 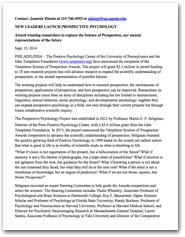